The Wi-Fi is a 360 degree solution utilising Telstra and Cisco equipment, all accommodated neatly within the SMART.NODE™.

Prior to committing to the installation of equipment within the SMART.NODE™, Telstra undertook field testing to validate the SMART.NODE™ would not impede the performance of the Wi-Fi equipment.

The conclusions of this investigation were:

The analysis of the data from the various passive surveys indicate that the Wi-Fi equipment with dipole antenna had similar and comparable coverage in both the 2.4GHz and 5GHz spectrums with no coverage blackspots.

The various speed tests performed by Telstra in a number of locations surrounding the test setup backs up the results of the Passive surveys with recorded download speeds of over 100Mbps.

ENE.HUB and Telstra continued to review equipment and power, and communications arrangements to optimise the best outcome for the end user from the perspective of performance, aesthetics, and ease of installation and ongoing maintenance. ENE.HUB hosted Telstra at our R&D facility for a trial fitout with all equipment and components to ensure the installation went smoothly and efficiently on site. This allowed Telstra to complete the installation of Wi-Fi to five sites spread across the Brisbane LGA within a 2 day window.

We look forward to collaborating with Telstra and other service providers into the future providing a seamless integration of technologies within the SMART.NODE™. 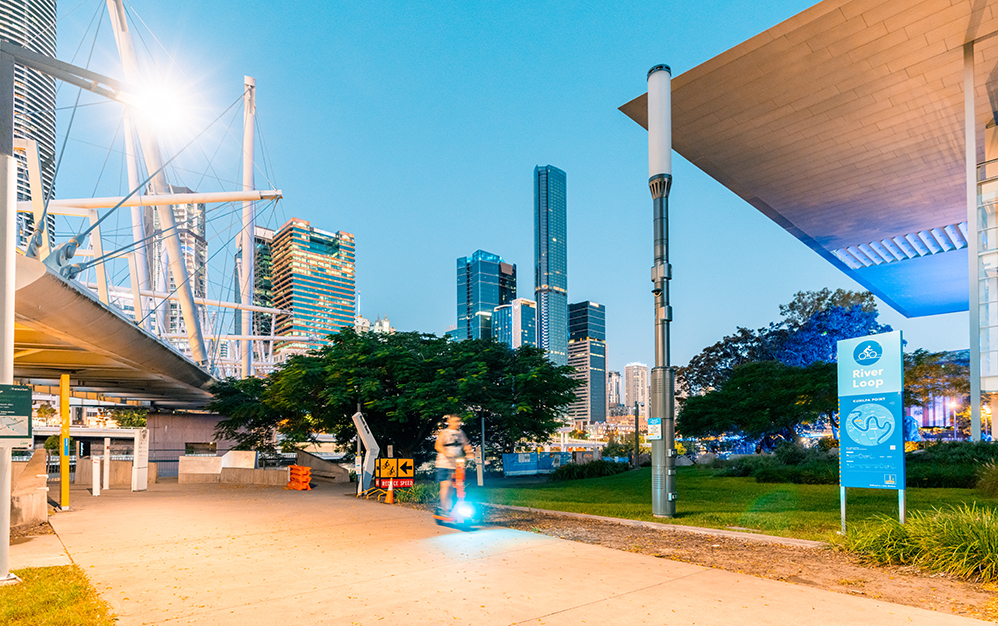 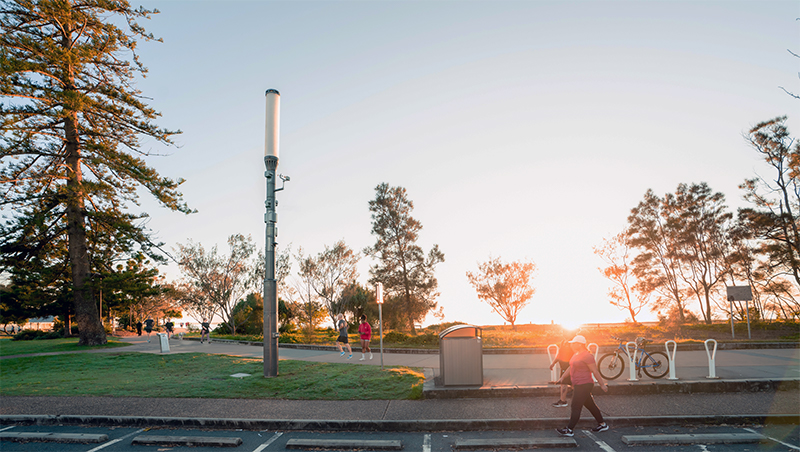 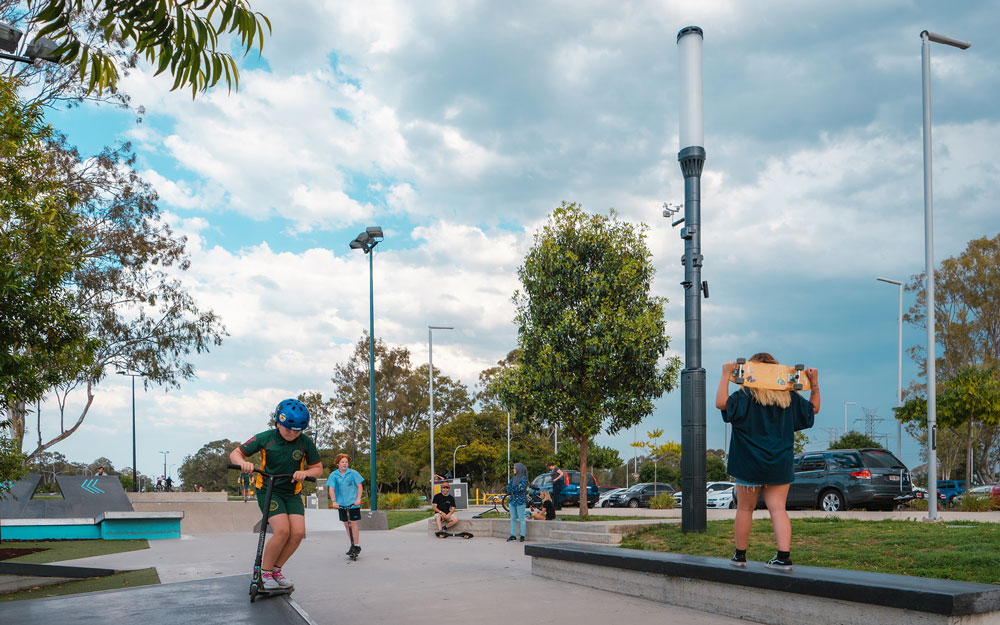 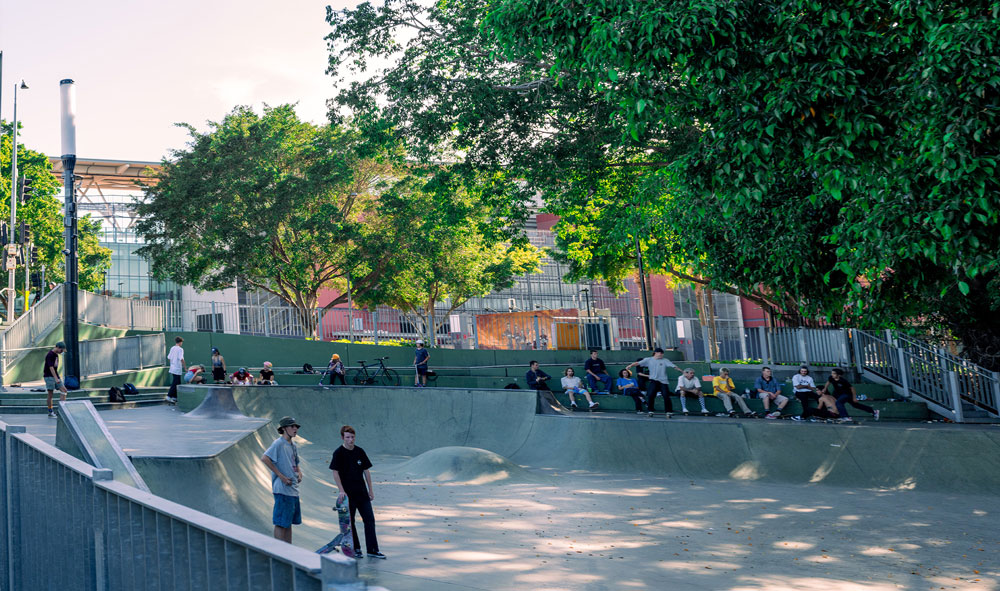 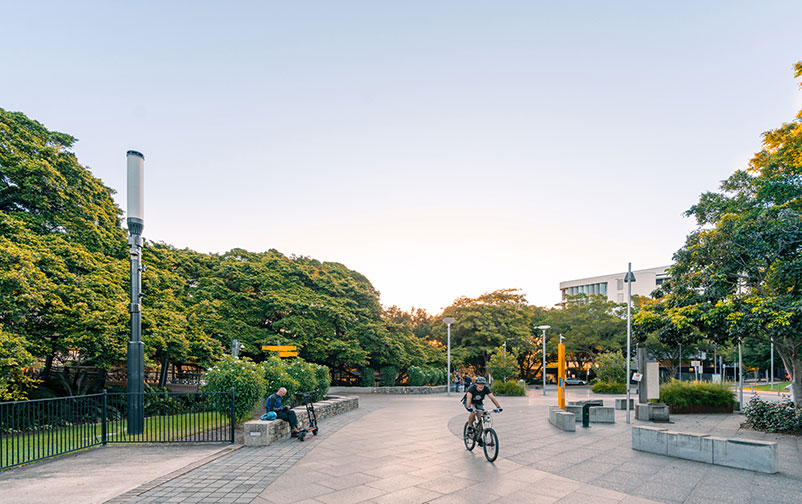 Featured in this video are the Bracken Ridge and Paddington Skate Parks, with the community enjoying free Public Wi-Fi!